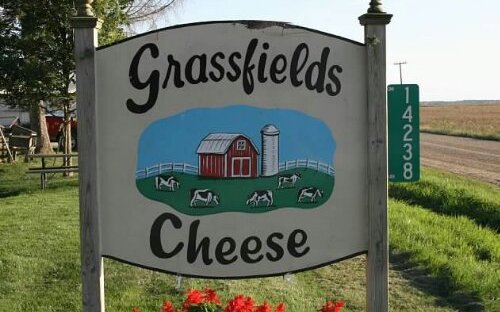 Up until now, this blog has been a nice chronological review of the journey of the VALOR fellowship.   Chronology is overrated…

Back in September the VALOR fellows spent a day touring the diverse agricultural production of western Michigan, thanks in large part to work and hospitality of Luke Meerman and others. As the day came to a close, the last stop brought us back to the Meerman family’s Grassfields Farms for a look at their organic grazing dairy and cheese making operation. 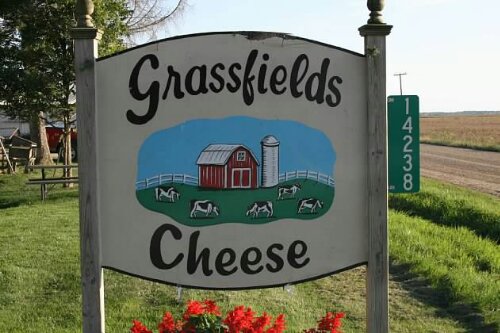 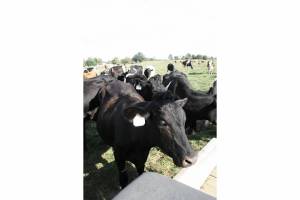 As the resident dairy farmer of the group, the task of introducing Luke fell to me.  With this completed we were off to tour the paddocks.  But, first…a quick stop at a small cinderblock building for a look at sprouted grain fodder production and an object lesson on the ingenuity of the Meerman family.  Not satisfied with the commercial systems available, they had constructed their own equipment with hinged trays that allowed rapid harvest of the finished fodder with greatly reduced labor. 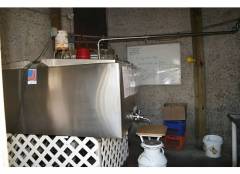 We arrived back from our outside tour to the cheese shop and samples of the various -quite excellent- cheeses, and watched as customers of their cow share program came and went, filling their bottles with milk from a small tank….

A quandary.  The dairy industry, of which I am a part, opposes the sale of raw milk with as close to universal agreement as can be achieved in a group of more than 1 person.  Pasteurization is generally regarded as one of the “big three” advances in the last century that has led to greater life expectancy.  Aside from that, milk is one of the most tested foods for both quality and safety that is out there -if- it enters the normal channels of distribution.    By purchasing raw milk, you circumvent the entire food safety system that has resulted one of the most safe, least recalled, foods you can buy in 2014.

On the other hand….why shouldn’t people be free to purchase whatever kind of food or beverage they want?  If people are educated and know the pros and cons (which is a big if to say the least) why not let them purchase products laden with bacteria.  (Both beneficial and otherwise)

I’ve have had that debate with myself and others many times in the past (as C.J. can no doubt attest) and had always come down on the side of pasteurization.  If there is a snake crawling away from you in the grass, you are not likely to be bitten if you try to pick it up.  But it is a whole lot less likely to happen if you don’t bother trying.  I am more firm in that belief now. 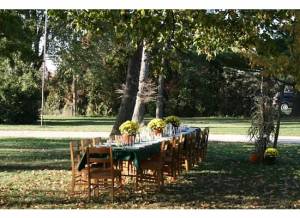 ut then, the afternoon was slipping away, and with it our time for the tour.  So the fellows retreated to the front yard where tables and chairs had been set up under the trees where the fellowship could continue as we enjoyed a superb meal prepared by the Meerman family before retiring with some local families for the night.

Thanks to Luke and his family, not only for opening up their farm and home to the VALOR fellows, but also for his work in lining up the whole day’s itinerary.   It was most appreciated.

And yeah….the title was not up to my normal standards….what can I say?  The pictures are pretty…

View all posts by beancrusher