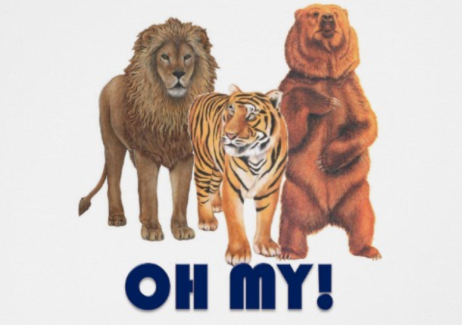 Personal Musings On My Career Growth

Early in my career I produced stuff. My role was clear. Produce a deliverable. On time and under budget. Yes, ma’am!

As others recognized my growing expertise and experience, I was promoted to manager. My role was clear again. Juggle the demands of my producer role, while directing the efforts of others to make sure they produce a deliverable. On time and under budget. Got it!

Now I’m told I’m a leader. In fact, a lot of people are investing a lot of time and money to make sure I’m a good one. My role is clear yet again. Juggle the demands of my producer role, while directing the efforts of others to make sure they produce a deliverable. On time and under budget. But also create a vision, build a culture, chart a direction and motivate my group to follow me along. On it!

Three hats. One job. Deciding which hat to don in any given hour is challenging. I like being a producer. It gives me satisfaction to create something for which I receive positive feedback. “Great job on such and such!” “I really like that thing you did.” “That whatchamacallit you created really helped me out a lot.” I can’t get enough of that!

But no one pats me on the back because I managed my staff well. I don’t get stopped in the hall with a shout out from superiors that I stayed within my budget for another consecutive year. And I certainly don’t get a rise when I have to reprimand an employee or worse, let one go. Definitely no fun.

Now leader is kind of interesting. Through recent training I’m becoming more aware of myself when wearing that hat. I’m starting to question…Am I walking the walk or just talking the talk? I’m I mentoring or just lecturing? Am I creating a culture I’d like to spend 40 hours a week at? Am I acting like someone worth following?

The best part is though, being a leader isn’t even part of my job description. It’s not something I’m evaluated on at the end of the year. And it’s something I get little to no feedback on. Now if I don’t perform well as a producer or manager, trust me…my yearly review doesn’t go so well. Drop the ball on my leadership duties? Quite frankly no one seems to notice. Maybe my staff does, but they don’t dare say anything. Would you? “Hey, boss, I’m not feeling as motivated by you lately.” Or maybe, “I’m questioning if that’s really the best long-range vision for the department.” Yeah, I don’t think so.

So now that I’m one year into my VALOR leadership training, I ask myself…am I doing well as a leader? And my honest answer is…really, I’m not sure. I could ask the people I lead. I could ask my supervisor or even his supervisor. Or I can ask myself…do I feel confident and effective as a leader? To know for sure, I believe a wise leader would devise a way to receive feedback from all three.

So here’s my plan. I’ll juggle the demands of my producer role, while directing the efforts of others to make sure they produce a deliverable. On time and under budget. I’ll create a vision, build a culture, chart a direction and motivate my group to follow me along. And now, like any good leader, I’ll evaluate my effectiveness. Oh, and along the way I better master the art of juggling too, because that’s the only way I’ll ever manage to get through the workday. Oh my!

Marketing and Communications Professional View all posts by molgers