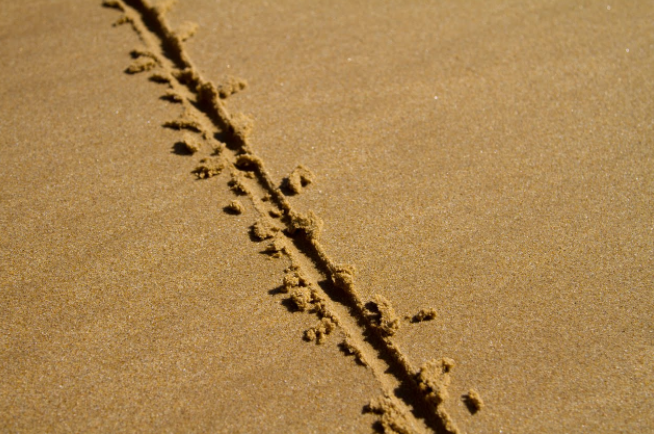 I’m looking for a line. Can you tell me where it is? It’s the one that separates the basic healthcare rights our U.S. government feels responsible to its citizens for and which ones they say, “You’re on your own, buddy.” A lot of countries apparently don’t have a line. If you’re in Sweden, Australia, Great Britain and, in fact, most industrialized countries, don’t bother looking. Either through a single-payer or two tier system, citizens from these countries know their country’s got their back for their medical needs. But apparently in the U.S., we have a government that picks and chooses what healthcare it’ll make available to which citizens, which leads me to ask…where does it draw that line? And furthermore, how does it decide?

My search for the line only started a couple of months ago, when, as part of the third VALOR cohort, I had the privilege of visiting the Remote Area Medical’s yearly event in Wise County Virginia. During this heart-moving experience, thousands of residents from this economically distressed corner of Southwest Virginia get their basic medical needs met at no cost in the cow barns and sheep sheds of the Wise County Fair Grounds. Care is provided by volunteer doctors, nurses and others who want to make sure these men, women and children who can’t otherwise afford healthcare, have their abscessed teeth pulled, can get eyeglasses, and have X-rays taken to diagnose that mysterious pain in their chest or elsewhere. It was here, as I surveyed the five-gallon buckets of pulled teeth and the crowds of visibly unhealthy people waiting in line to be seen by the next volunteer, that I came to realize there was, indeed, a line, and I began to wonder where it’s drawn.

Apparently, our government has six major healthcare programs that provide health care services to about one-third of Americans, including Medicare, Medicaid, the State Children’s Health Insurance Program (SCHIP), the Department of Defense TRICARE and TRICARE for Life programs (DOD TRICARE), and the Veterans Health Administration (VHA) program. So clearly the federal government to the tune of about $500 billion a year to support these programs does, indeed, feel it has an obligation to at least some of its citizens to reduce the burden of illness, injury and disability and to improve the quality of health.

Furthermore there are federally-funded programs like the National School Lunch Program and the Supplemental Nutrition Assistance Program (SNAP), which demonstrate our government believes it has a responsibility for providing basic food and nutrition to its citizens. The irony is that that same government abandons those same individuals when they find themselves on the wrong side of the line and not able to afford to fix life-threatening medical conditions. We’ll feed you, but we won’t save your life.

So there is, indeed a line, but where is it drawn? And the new question our politicians are grappling with and which is making headlines daily is…SHOULD it be drawn at all? What is the federal government’s obligation to its citizens? That answer will ultimately determine where the line should be drawn, if at all.

At the time our country’s founding fathers were drafting our Constitution and Bill of Rights, the idea of someone 250 years later not being able to pay for their chemo treatments didn’t occur to them. Healthcare in the late 18th century consisted largely of the use of backyard herbs, blood-letting leeches, cold baths and purging, all things that were free or affordable to almost every person.

But our powdered-wig forbearers did point out in the Declaration of Independence that there are certain “inalienable rights,” including life, liberty and the pursuit of happiness. If Americans believe in an inalienable right to life, how can we support a system that by its very existence draws a line that denies people life-saving medications and treatment?

What’s more, the Preamble and Article One, Section 8 of the U.S. Constitution both describe an originating purpose of our United States to promote general welfare. Isn’t access to necessary medical treatments one of the basic tenants of providing general welfare? Should not, then, healthcare be a legitimate responsibility of our government?

Our government once drew a line between who could vote and who couldn’t. If you were a property owner, you stood on one side of the line and you could vote. No property? Then your place was on the other side of the line, and you couldn’t cast your ballot. But as we all know, that line was eventually erased. Should the line between who has access to affordable healthcare and who doesn’t be the next line to be erased?

As alien as the concept seems in this country, access to healthcare and health itself are widely—indeed almost universally—accepted as a basic human right everywhere else in the world: in the United Nations Charter; the Universal Declaration of Human Rights; the International Covenant on Economic, Social, and Cultural Rights (which the United States has yet to ratify); and the Convention on the Rights of the Child (now formally adopted by all nations except Somalia and the United States). Amnesty International USA on their website summed up most of the world’s stance on this issue best: “We believe that health care is a right, not a privilege or a commodity.”

These organizations and, as stated earlier, most industrialized countries in the world, don’t believe in drawing a line between those people it will provide healthcare for and those it will not. They have unilaterally agreed that some form of universal health care (defined as a basic guarantee of health care to all of its citizens) is a human right. So why hasn’t the U.S.? Why do we treat it as a privilege, only available to those who can afford it? Why are we the last great hold out on this issue? Is our reluctance to join the global crowd a sign of our superior leadership and wisdom or a sign of our stubbornness and inability to address critical issues facing our citizens?

One important fact to consider in answering these questions is just how well we’re doing being different. The facts are, the U.S. spends more on healthcare than any other country, with worse health outcomes than most countries. In fact, in 2015 we spent almost three times on healthcare than the average in other countries with comparable incomes, according to data from the Organization for Economic Cooperation and Development. And despite spending more, the results didn’t yield better health. Both Italy and Britain, for example, spent at least $5,000 less per person than the United States on healthcare, and yet the population of each of those countries has a higher life expectancy at birth than the United States.

And why does the U.S. spend more? According to David Squires, president of the Commonwealth Fund, a private foundation based in New York that carries out independent research on healthcare issues, “It doesn’t appear that people in the U.S. use more healthcare in general. We go to the doctor less often than people in other countries and get hospitalized less, so it’s not like we are making greater use, but we are paying more for the things we do use,” he said.

Despite our country’s heavy investment in healthcare, Americans live shorter lives than those in other advanced economies such as Switzerland, Australia and Canada. Additionally, in 2013 more people died in the United States from preventable diseases or complications than those in 12 other high-income countries, according to data from the European Observatory on Health Systems and Policies. For every 100,000 people who died in the United States before age 75, 112 people died from complications or conditions that could have been avoided with timely and effective care.

So we spend more and get worse results. By all measures, that’s failure. And what’s the fundamental difference between us and all those countries who aren’t failing? A line. A line that our government is insistent on drawing that delineates who gets what access to healthcare. If our government stopped quibbling on how and where to draw this line and instead approved an amendment to the Constitution stating “all citizens of the United States shall have equal access to basic, quality and essential health care,” my search for the line will come to an end. I’ll know I’m living in a country that recognizes that healthcare is a human right and not a privilege and where every man, woman and child can access the healthcare they need regardless of anything else.

Marketing and Communications Professional View all posts by molgers

1 thought on “The Healthcare Line”