In January, I had the honor of representing Virginia in the National Farm Bureau’s Discussion Meet where one of the topics was world trade and trade agreements.  This experience and the recent issues with trade deals has brought exporting specifically to my attention.  Many are unaware of the amount of agriculture exporting Virginia does itself and that Virginia even has foreign trade representatives and offices.  In 2016, agriculture and forestry exports were valued at $2.77 billion and by volume more than half of the containerized exports moving through the Port of Virginia..

I have been blessed to have many talks with Dr. Crowder, former Trade Ambassador and Virginia Tech Professor, but I have never had the opportunity to see the actual Port of Virginia. Our VALOR Class was able to visit Perdue Agribusiness at the port and meet Ray Keating!  I found this experience eye opening as Perdue mainly only handles soybeans (90%) and has a soybean crushing oil plant on the premises.  I knew soybeans were important to Virginia and United States, but realizing the depth I had no concept before.  Perdue has five and half million bushels of space at the facility.  The plant can handle 80,000 bushels of soybeans a day and requires an 8 hour process to separate oil, meal, and hulls.  They take in soybeans from rail and by truck.  Ray explained trade routes and common countries that Perdue was trading regularly. Their biggest customer recently has been Jamaica, but at our visit they were loading soybeans for Germany on to a ship. 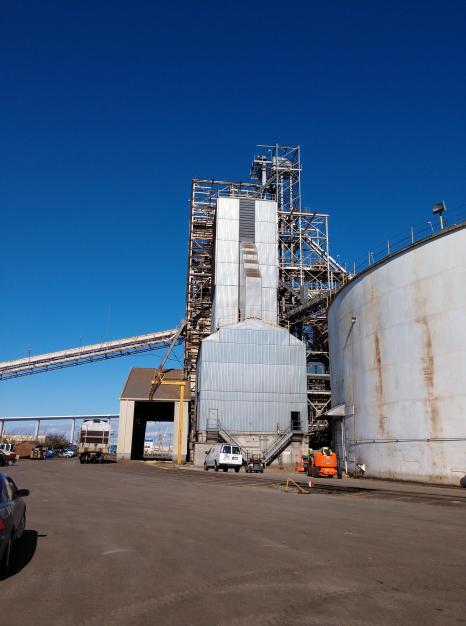 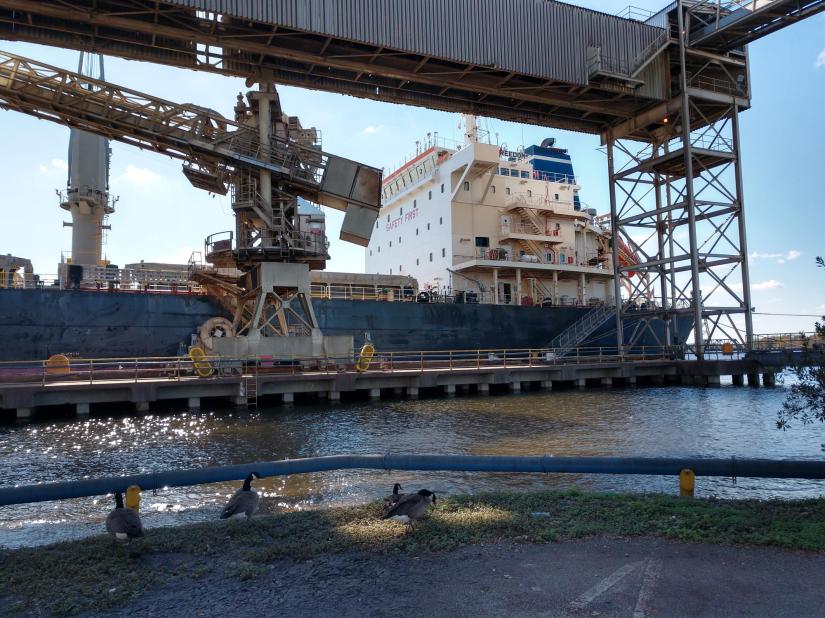 In 2016, I was blessed to be selected to participate in an International Exchange to Ireland and attend an International Agriculture Advisory Conference speaking to advisors from many European countries including Germany.  Seeing a load of GMO soybeans being loaded to go to a country that will not allow their farmers to raise GMOs was extremely interesting.  I found myself wondering what the farmers in Germany thought about it.  I also found myself wondering if the GMO issue in Europe is basically a “not in my backyard” complaint? However, all these questions couldn’t be answered at the Port.

Overall, I believe our trip to the Port of Virginia is one of the most eye opening experiences for anyone involved in agriculture including myself!

View all posts by valoramygailfannon