Upon my return from Vietnam – by all accounts an ascendant “Asian Tiger” economically and culturally – I was asked a number questions, including the following:

Were Vestiges of the Communist System Still Evident?

This is front and center on most minds. Propaganda was plastered everywhere in the city, emblazoned with Ho Chi Minh – the Vietnamese George Washington. It also (presumably) had messages extolling work, egalitarianism, and the virtues of the proletariat. Ironic, since the Communist Party is renowned for their kleptocratic tendencies under this crony capitalist system. Much like Russia’s modern-day robber baron oligarchs. Short of a select few party faithful, there was no evidence that the rank-and-file were devotees of the Communist system. The country is no more communist than Hitler’s Germany was “national socialist”.

In the rural areas, propaganda was broadcast over amplified speakers. Again, I feel that most ordinary citizens tune it out as background noise. The communists know that their 40+ year stranglehold on the political system is very tenuous. The party seems content to allow capitalism to flourish – generating wealth for the masses (despite the rampant corruption) – and redirecting attention away from Communism’s centrally-planned ineptness.

What Are the Prospects For Trade?

It’s often said that we should think “glocal” – local with at least a hint of global consideration. That mentality was front and center during the VALOR trip to Vietnam. International trade can thaw past relations and bring prosperity to all parties. But a trade accord can also be seen as disempowering to the most vulnerable if brokered in the proverbial “smoke-filled room”. I was particularly interested how leadership shapes international trade and addresses the universal issues of environmental, social, and economic sustainability.

Is Peaceful Coexistence Between Small and Large Agricultural Operations Possible?

Opportunities exist for smallholder farmers as well as more industrial scale operations. I saw no evidence of the very divisive dynamic that exists in the US (although that’s fomented by activists in my view). The organic, all-natural niche was frequently touted. Although this is historically the domain of small-scale farmers, I envision “co-opting” by larger operations, much like we see in the US. One ongoing issue with markets is quality – which does not meet most export standards.

What Were The Impediments to Agricultural Growth – Was Capital Available?

Agribank – the equivalent of Farm Credit in many respects – offers capital for those with an entrepreneurial vision. However, it was unclear what is leveraged as collateral (since ownership of agricultural land is retained by the state – they simply lease it out for fixed terms). Capital improvements to the land seem counterintuitive in this system – especially since acreage is also pegged to family size. The rural communities are literally hemorrhaging people. Why invest heavily in an asset that is 1) indexed to family size and 2) reverts back to the state? Private property is the linchpin of a free society – in this regard the rural sector lags significantly behind the urbanites.

Were There Strategies and Innovations Linking Farm to Markets That Were Particularly Memorable?

At this stage of economic development, I don’t think that initiatives expressly linking farms to markets are on the radar screen – for the locals. Framing this concept to deep-pocketed tourists will continue to be lucrative.

After Your Trip, What About Potential Opportunities Exist For East-West Partnerships?

I’m biased coming from the academic side, but from a partnerships perspective I’m thinking:

1) Reciprocal study abroad opportunities with Can Tho University, etc.

2) Short-term specialist exchanges (Americans to Vietnam) to address specific technical needs. Some precedent has already been set with University of Florida faculty. It would be ideal if this could be solidified and perhaps rotate among academic “consortium” members.

3) A system similar to the above, but to teach English instead. The Vietnamese are eager to learn in their increasingly globalized economy.

4) Visiting professorships (Can Tho faculty to the US and vice versa).

A bit overloaded, aren’t we?

Making a new friend at the orphanage

Taking stock of a 6’6″ American

Definitely don’t eat the beans of this Castor Plant, unless you’re interested in the bioterrorism agent Ricin

Cabbage, near and dear to my heart – just don’t ask me to eat it…

Taking in the sights on the beach

One way to water a field

A planting dibbler would probably help…

Random family at the market 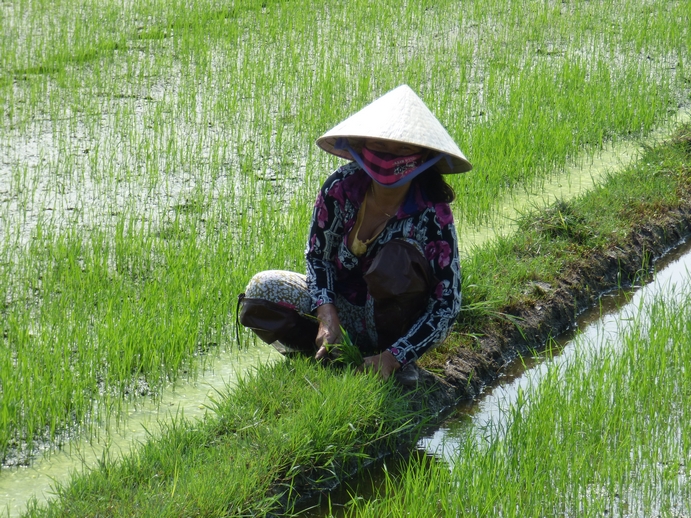 If it looks like bird poop, it’s probably a Swallowtail butterfly larvae

Still intact after a couple of spills 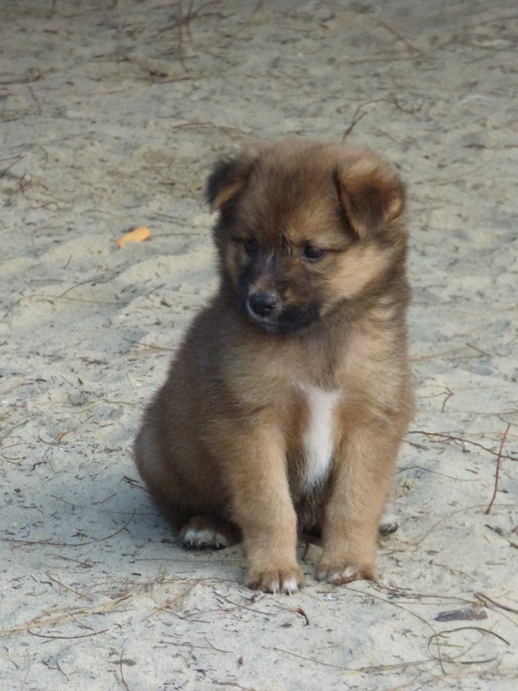 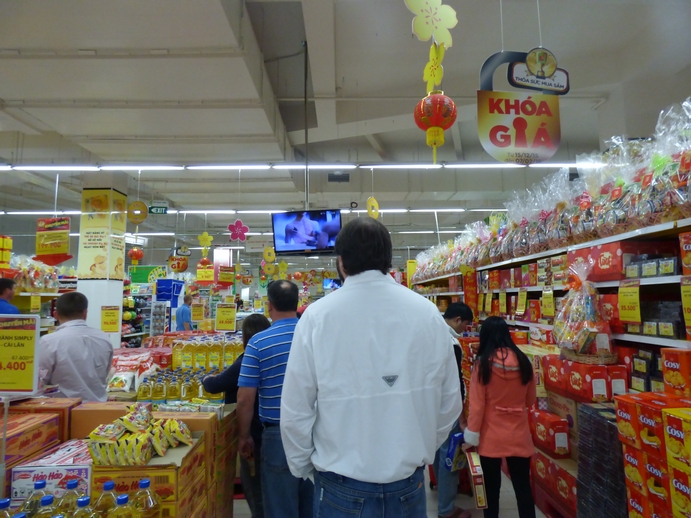 A surprising array of options 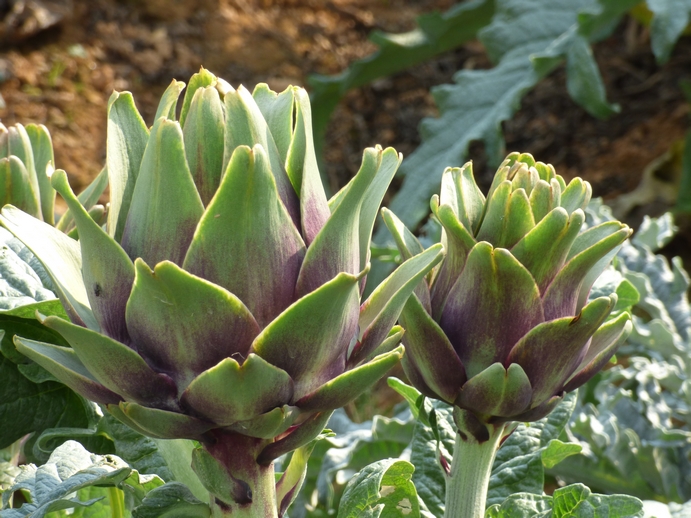 School’s out, but not for summer… 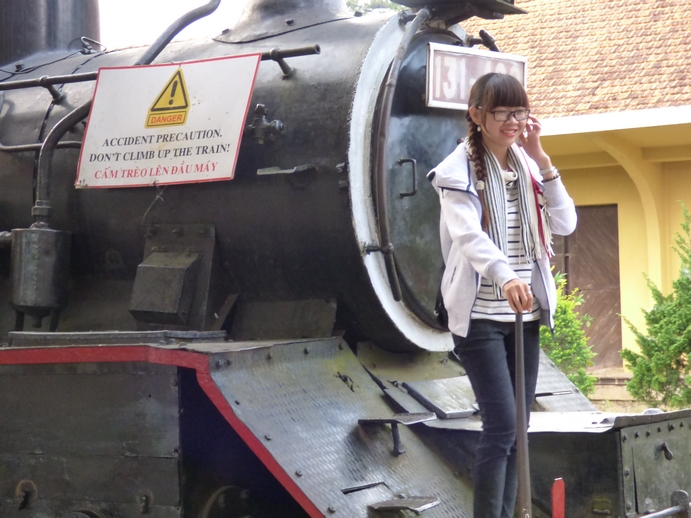 One can appreciate the irony here… 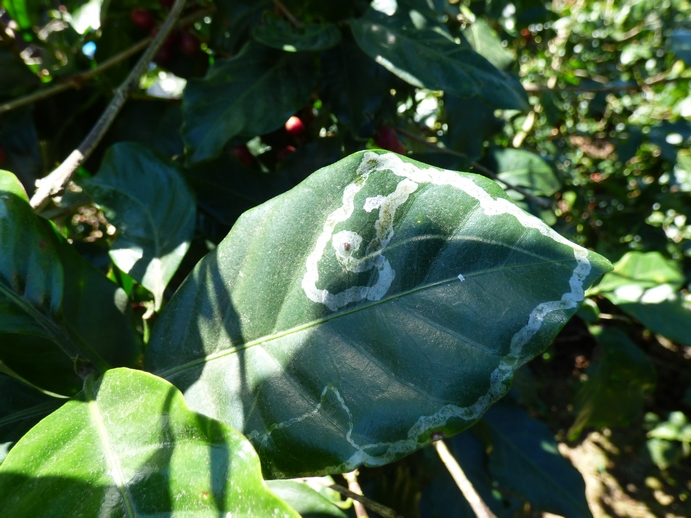 Rub the Buddha for good luck

I cat, therefore I am 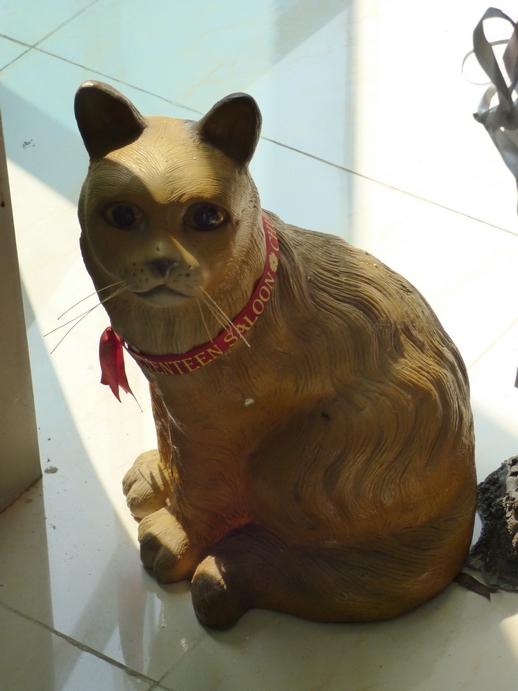 Statues of dogs are often used to ward off thieves, but I prefer a guard feline 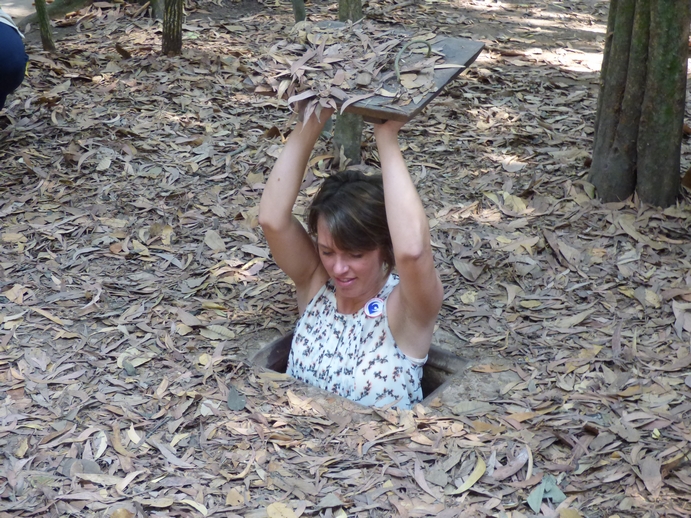 Good luck with that

A skink posing for a photo-op (60x zoom) 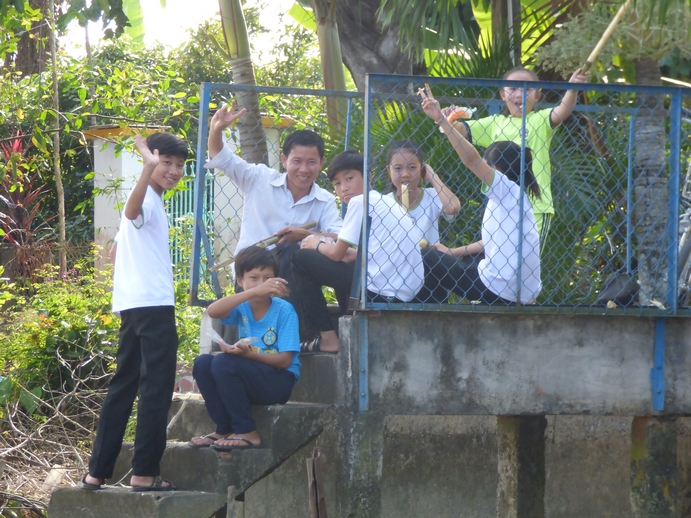 Daily Blog, Monday, January 18th
We bid adieu to our gracious hosts at the Ut Trinh Homestay and hit the open water to make our way to the brick kilns in Vinh Long.

This ornate clay pottery is a composite of 85% clay and 15% sand, cut into thin strips with a  noodle-like consistency. It’s subsequently cut into makeshift bricks, processed, and extruded. One tidbit that I found interesting was the fact that local farmers will sell substandard soil to this particular facility.

The kiln itself was quite a sight to behold. Bricks are “baked” at 900 degrees for 10 days using rice husks for fuel (stands to reason). However, the baking is more actually akin to “smoldering”. These bricks take 10 days to cool down. The ash residue, a byproduct of the process, can be purchased by farmers as a fertilizer.

As we toured the area afterwards, I was struck by the near omnipresent representations paying homage to Ho Chi Minh – the George Washington of Vietnam. With that said, it was mentioned by locals that his visage has effectively been appropriated as Communist propaganda.

The final stop of the day (and predictably my favorite) was Can Tho University. We visited the College of Agriculture, located in the middle of an urban center. The college was bankrolled by the Japanese. Organizationally, it has a plant, animal, and food/nutrition groups allied with the college.

View all posts by timdurhamvalor